Here are some of my most frequently asked questions regarding lasers. The lasers I show on YouTube are usually handheld which means most of what I’ll cover here will focus on diode and DPSS lasers typically encountered by hobbyists.

If you are looking for more than a brief intro to hobby handheld lasers, I HIGHLY recommend checking out Sam’s Laser FAQ , which is the absolute best resource for laser tinkering on the internet. 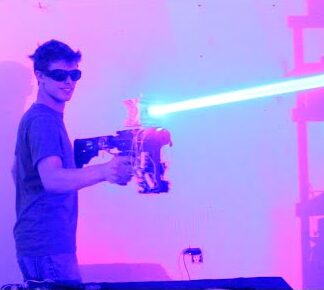 Lasers are a fun and educational hobby, but if you ignore basic safety precautions, you’ll quickly burn your eyes out. If you are interested in tinkering with lasers, you MUST learn some laser safety before proceeding, thus I’m going to start this FAQ with laser safety.

Q: At what power level is a laser safe enough to use without laser goggles?

A: 5mW. At or below 5 milliwatts of output power, your blink reflect is quick enough to prevent your eye from being damaged from a direct hit. 5mW is the legal limit for a handheld laser being sold in the US, and in many other countries the output power is capped at only 1mW.

Q: Is my laser pointer from eBay or Amazon safe?

A: NO!! If you bought a blue, green, or violet laser pointer online, it’s almost certainly WELL above what is considered safe. It doesn’t matter if it was sold as 1mW or 5mW, these lasers can be 10x to 100x stronger than advertised, and sometimes even more! I have a couple videos on this topic, like this one here.

Q: Can a laser hurt my eyes even if I don’t take a direct hit?

A: YES!! If a laser is able to do even minor burning tricks, it’s well past what it takes to cause permanent damage from a “specular” reflection, like from hitting a shiny or metallic surface. Past a certain point (class IV, 500mW+) a laser is strong enough to damage your eyes just from looking at the spot on the wall without goggles!

Q: What do you recommend for laser safety goggles?

A: The lowest price I have found for ANSI certified laser protection is from Laserglow. Do not buy sketchy goggles from eBay/amazon etc.!!! Your eyes are well worth the $90 you’ll spend on a good set of laser protection. Make sure you choose the proper protection for your wavelength of laser. (see below)

Q: What does “nm” mean on lasers and laser goggles?

A: Here nm is referring to the lasers wavelength, which in the visible region is often measured in nanometers. Formally, it’s the distance over which the shape of a wave of light repeats itself, but informally it’s a way to tell exactly what color a laser is. Each color on the visible spectrum has a corresponding wavelength. Commonly encountered laser wavelengths include 445~450nm (deep blue), 532nm (green), and 635nm~660nm(red).

This is important to understand for laser goggles because goggles only block certain bands of the visible spectrum. If they blocked all visible wavelengths, you wouldn’t be able to see out of them! For example, goggles that block 190nm-540nm would block green, blue, violet, and even UV lasers down to 190nm, but they would be totally useless for red and IR lasers.

Q: What does “OD” mean on laser goggles?

A: OD is optical density, a measure of light attenuation. It is logarithmic, where OD1 lets 10% of light through, OD2 lets 1% of light through, etc. For a 1W laser, you should aim for at least OD3 of protection as this would attenuate the laser beam to 1mW on a direct hit.

More specifically, OD is defined by the following equation, where Pin and Pout are the input and output powers, respectively.

Q: Do I need to worry about IR from my laser?

A: Cheap green laser pointers often emit a large amount of invisible IR light that can be dangerous. 532nm green laser pointers are DPSS lasers that use a powerful infrared laser diode to pump a set of crystals to make green light, and on cheap lasers, this IR filter is often missing. You can buy a cheap IR filter to stick on the front to remove this light, or you can get laser goggles that block green light along with near IR light (specifically the wavelengths 808nm and 1064nm) in order to be safe.

Q: What is a good starter laser?

A: It’s a good idea to start with a laser that’s under 5mW of output power before experimenting with stronger lasers. Laserglow.com is a great place to buy 5mW laser pointers of different colors, but unfortunately they are pricey.

Q: Where can I buy laser diodes?

A: I always recommend DTR’s laser shop. They offer many options from bare laser diodes to modules complete with heatsink, lens, and driver, all you have to do is add power. I’ve ordered from DTR for close to a decade now.

Q: Can I hook my laser diode directly up to batteries?

Q: Do I need static protection when working with laser diodes?

A: I recommend anything using the Sharp 488nm laser diode. There’s a few reasons why I think this. For one, the color is beautiful and cyan lasers are not commonly encountered by most people. Another reason is that if you can first build it so it’s low power for general laser experiments, and later you can crank up the current to the point where it can do simple burning laser tricks like lighting matches and popping balloons (you’ll need laser goggles if you go this route though)

Q: What is a good first starter project for a burning laser?

Q: How strong is the laser I bought off of eBay/Amazon?

A: Without a laser power meter it’s hard to know, but you can expect to be over 5mW and thus a major hazard to the eyes!! Most cheap green and violet lasers I’ve tested online measure roughly 20mW ~ 100mW, and the cheapest high power blue lasers clock in at around 1W. 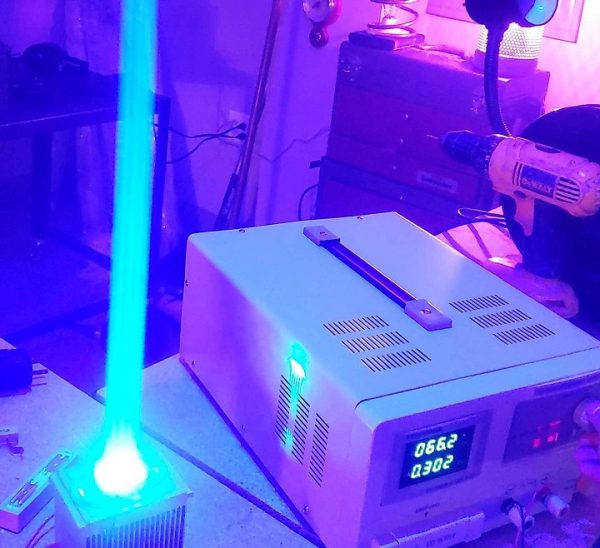 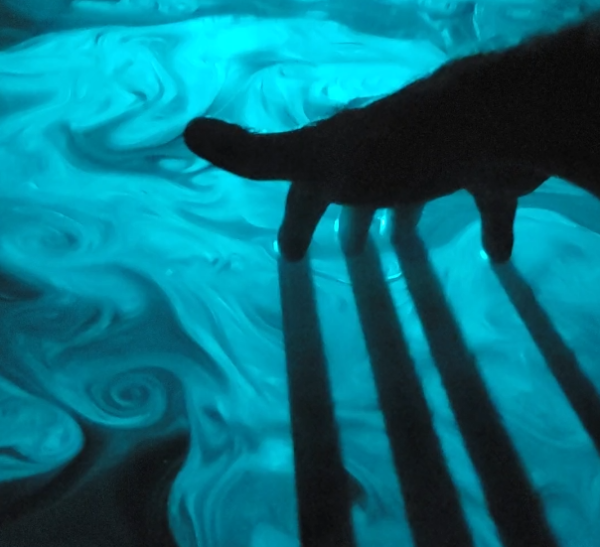 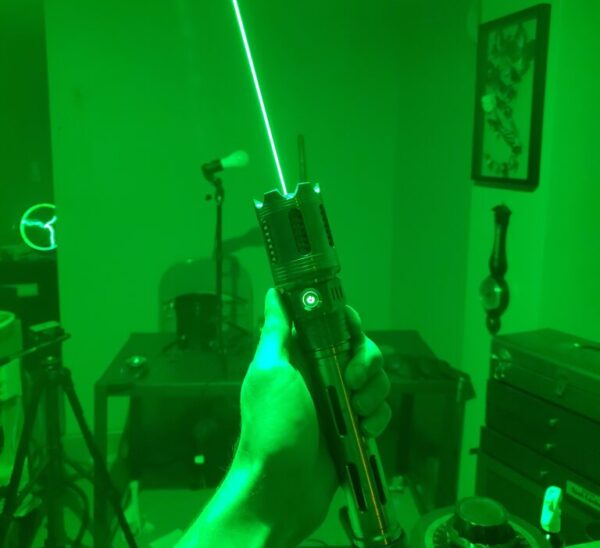 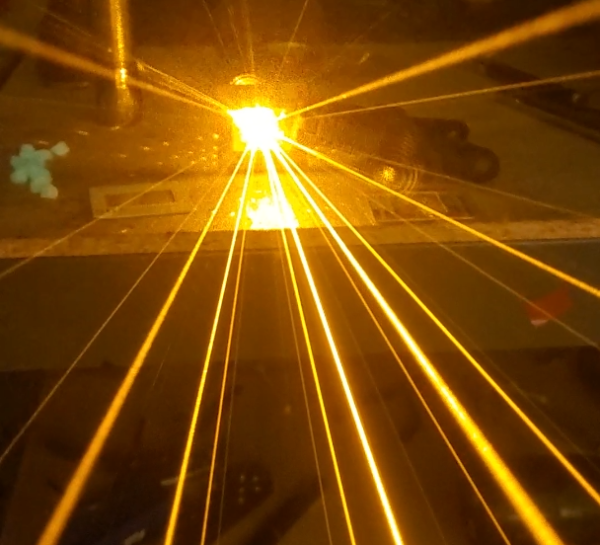 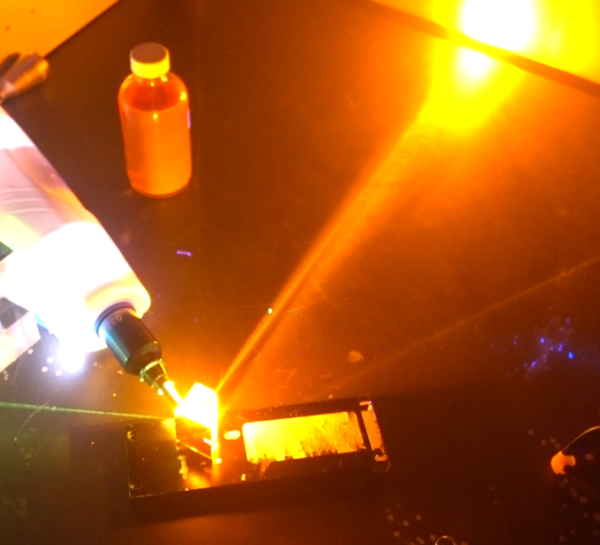 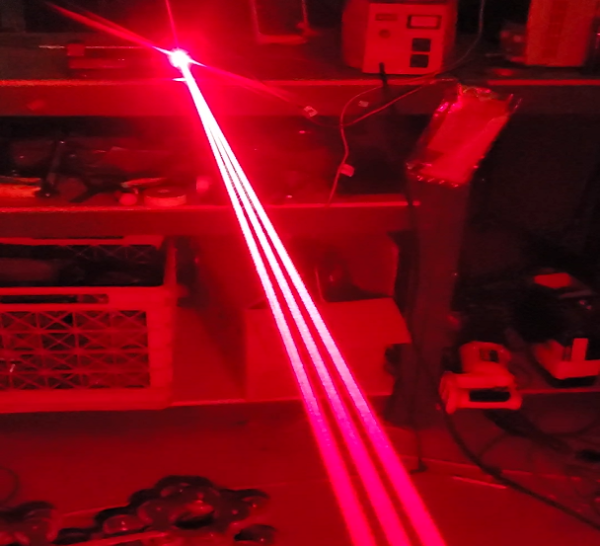 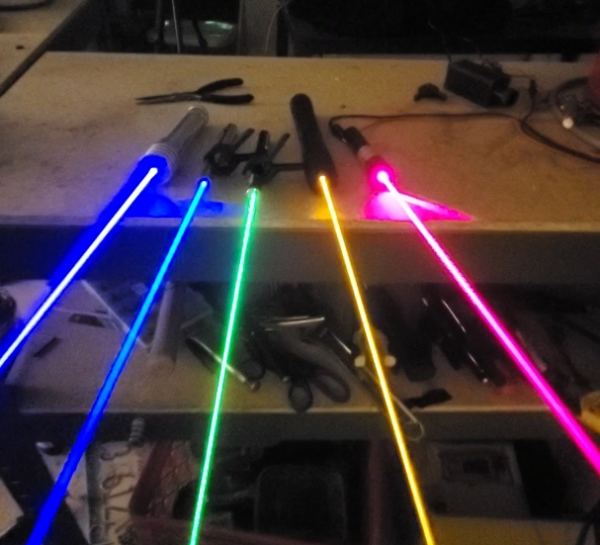